Father’s Day: History in the Making

Father’s Day: History in the Making

Yesterday, the United States observed Father’s Day. This celebration honoring fathers and celebrating fatherhood, paternal bonds, and the influence of fathers in society is observed by over 40 countries, just not all on the same day.

Though it has been celebrated since the Middle Ages, this celebration was brought by the Spanish and Portuguese to Latin America, where March 19 is often still used for it, though many countries in Europe and the Americas have adopted the third Sunday of June to observe. It originated as the feast day of Saint Joseph, who is referred to as the fatherly Nutritor Domini (“Nourisher of the Lord”) in Catholicism and “the putative father of Jesus” in southern European tradition. 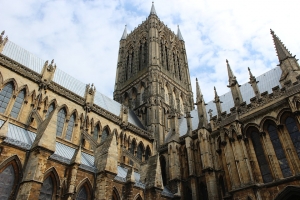 dn’t be surprising that Father’s Day was not celebrated in the United States, outside Catholic traditions, until the 20th century. As a civic celebration in the United States, it was inaugurated in the early 20th century to complement Mother’s Day by celebrating fathers and male parenting, but not without significant stops and starts, and struggles. As a nationally recognized (commercialized) holiday, it wasn’t until 1972 that it was a national holiday.

Sixty years earlier, on June 19, 1910, a Father’s Day celebration was held at the YMCA in Spokane, Washington by Sonora Smart Dodd. Her father, the civil war veteran William Jackson Smart, was a single parent who raised his six children there. She originally proposed the idea that fathers should have their own holiday in honor of her pastor. Although she initially suggested June 5, her father’s birthday, the pastors did not have enough time to prepare their sermons, and the celebration was deferred to the third Sunday in June. Several local clergymen accepted the idea, and on June 19, 1910, the first Father’s Day, “sermons honoring fathers were presented throughout the city”. 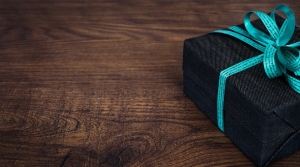 In the 1920s, Dodd stopped promoting the celebration due to her focus on her art studies and it faded into relative obscurity, even in Spokane. In the 1930s, Dodd returned to Spokane and started promoting the celebration again, raising awareness at a national level. With no real surprise, she had the support of those trade groups that would benefit most from the holiday, for example the manufacturers of ties, tobacco pipes, and any traditional present for fathers. Father’s Day became referred to as the “second Christmas” for all the men’s gift-oriented industries.

In 1916, President Woodrow Wilson went to Spokane to speak at a Father’s Day celebration and he wanted to make it an officially recognized federal holiday, but Congress resisted, fearing that it would become even more commercialized. United States President Calvin Coolidge recommended in 1924 that the day be observed throughout the entire nation, but he stopped short at issuing a national proclamation. Two earlier attempts to formally recognize the holiday had been defeated by Congress.

In 1957, Maine Senator Margaret Chase Smith wrote a Father’s Day proposal accusing Congress of ignoring fathers for 40 years while honoring mothers, thus “singling out just one of our two parents”. In 1966, President Lyndon B. Johnson issued the first presidential proclamation honoring fathers, designating the third Sunday in June as Father’s Day. Six years later, the day was made a permanent national holiday when President Richard Nixon signed it into law in 1972.

I am not sure if this was a good exercise in tenacity and patience, or a perfect example of the slow and, some would say, dysfunctional makeup of our government’s constitutional process.