The Challenge of Costly Textbooks

The Challenge of Costly Textbooks

It’s back to school season and that means school supply shopping, a task I have never heard a single person rejoice about, and each year I hear more complaints about supplies’ increasing cost. This year, the biggest complaint was from a friend whose daughter is starting kindergarten. One of her supply requirements is 24 glue sticks. Why does a kindergartner need 24 glue sticks? Most 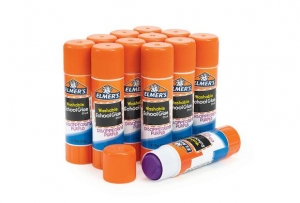 schools average 180 school days a year, or 36 weeks. which comes out to one-and-a-half glue sticks a week. Maybe it’s a bit excessive, but young children like their glue. Whether it’s using too much, gluing things they shouldn’t be gluing, or in some cases eating the glue, I can see why a teacher might request that many. Plus, if there are any left over at the end of the year because you magically have a frugal child, you get the remainders back. This bonus, however, is mitigated by the fact that they will probably be half-used or dried up.

Complaining about the cost and quantity of glue would be much nicer than the actual subject of this blog post, and that’s the one thing scarier to all parents than glue, spiral notebooks and rulers: college textbooks. These expensive tomes are usually revised once a year by publishing companies, making previous editions obsolete, and are often only skimmed through by students. We all know that statistics, facts, and figures can be construed to prove a point on either side of an argument. That’s what makes debate clubs and classes like philosophy so much fun. So when I read Phil Hill’s article Reprise: How Much Do Community College Students Actually Pay for Textbooks?, I took his findings with a grain of salt. A community college reform group is stating that the average community college student spends $1300 on textbooks a year. Phil Hill argues that isn’t true, that students only pay around $700 a year. 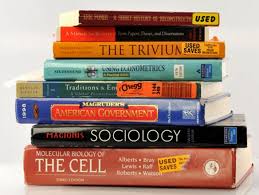 Like many people, I started out at a community college where I received my AAS, went on to a 4 year institution where I received 2 BA degrees and then finally capped off my education with an MLIS. I have bought a tremendous number of textbooks over the years. I have bought and sold back both new and used copies, bought only the necessary online access codes, bought texts in ebook format, rented physical text books and even rented electronic versions. You almost need a degree to master the art form of figuring out not only the best option for buying books economically, but educationally as well.

I understanding that community colleges are cheaper on the west coast than the east and, while I don’t remember what I paid for textbooks specifically, I received my entire AAS, textbooks included, for a grand total of about 3,000 dollars. I am also going to assume that, unlike tuition, the cost of textbooks is pretty streamlined since companies like eFollet generally handle the selling of textbooks.

So, to see if what Phil Hill claims is true, I went to my community college alma mater’s bookstore site and pretended to buy some books. I picked four introductory classes that many freshmen would take: English 101, College Algebra, Chemistry 101 and Spanish 101, a fairly typical 12-credit-hour first semester. I added only the required books to the cart and selected used when the option was available (I didn’t chose the rent or e-versions because they are not as traditional or as commonly used by students, although the trend is picking up more momentum).

Without doing actual scientific research on the price of textbooks across the nation or comparing the required material from one college to the next (or even from one major to another), it is hard to make any firm conclusions on how much the average textbook cost would be. I know I spent more on books for my core courses and less on the ones for my specific degrees because those courses relied more on course reserves and journal articles. If you took all my courses and all their books and added them all up then divided them by the number of semesters I took for all my degrees, perhaps you would reach $700. No matter the actual cost, though; for students in the moment, semester to semester, the price of textbooks is pretty intimidating.