Do Androids Dream of Electric Sheep?

Do Androids Dream of Electric Sheep?

While this is a title for Philip K. Dick’s 1968 novel, it is also a question on a lot of people’s minds as we begin to blur the lines of technology and man. Sentient artificial intelligence has always been a subject amongst science fiction writers and it seems that fantasy is slowly edging its way towards reality. Last week I wrote about the dystopian genre and how it manifests from social unrest.  Now I want to talk about how science fiction is becoming more reality like as we make further advancements in computers and AI.

There are countless examples of androids in books, on television and in the Movies. There are lovable sentient (or seemingly sentient) robots like Rosie the Robot maid, Marvin the Paranoid Android, R2D2 and Baymax. While these robots are designed to help humans with tasks, they also have personalities programmed into them. 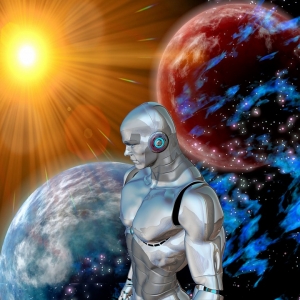 Robots are almost always seen as subservient to man, after all humans make robots. We build them, program them with our own knowledge and create tasks for them to accomplish. However, as we have seen with advancement in technology scenarios raised in Dick’s novel or Issac Asimov’s I, Robot where the robots become so human like it’s hard to tell the difference.

Movie’s like Wall-E or Short Circuit show robots develop true sentience and emotions such as Empathy. Then there are more serious scenarios raised in Bicentennial Man where the robot wanted to be recognized as a human so he became one.

On the other hand you have cyborgs that are half man-half machine such as Robocop and the Terminator. They use technology to enhance the human cognitively and physically. Cinder by Marissa Meyer is a Cinderella retelling which deals with a society that treats cyborgs as second class.

While all this talk about cyborgs and sentient androids seems farfetched, it really might not be. This article from Business Insider talks about what comes after the cell phone and how soon we can expect it. It talks about technology beyond Google Glass and perhaps more like the 3D computers that Tony Stark likes to use. The article then delves into smart home technology Siri, Alexa, Echo, Bixby, etc making advancements and becoming even smarter.

How do computers become smarter? We program them to. Using complex algorithms scientists have created a computer that was able to beat the world chess champion. Now they have gone a step farther and taught computers to play cooperative games together and with or against humans. The article discussing this feat in Science magazine states that the computers learned the concept of loyalty. 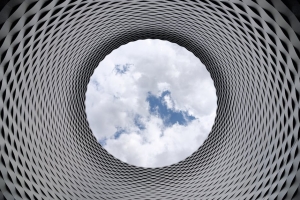 The Business Insider article goes on. After more fluid and smarter technology, then we will likely see biofusion. This is where the cyborgs come in. Movies like the Matrix and Avatar have explored the concept of humans plugging themselves into a machine and uploading their minds into another reality. The company Neurolink is working on Neurolace, an injectable mesh that gets implanted into your brain. The hope is to create a wireless computer that can be implanted directly into your brain.

So we have computers becoming more human-like and humans experimenting on becoming more computer-like.  Do Androids Dream of Electric Sheep? Although a rhetorical question, we may be closer to knowing the answer than we realize.