Today is April 1st, April Fools’ Day or All Fools’ Day. It has been celebrated for several centuries by different cultures, however its exact origins remain a mystery.

It is a day of pranks, jokes, and trickery. Some people go to outlandish and extravagant efforts to pull a prank on others. But how did this custom get started? Some historians speculate that April Fools’ Day dates back to 1582, when France switched from the Julian calendar to the Gregorian calendar. People who were slow to get the news or failed to recognize that the start of the new year had moved to January 1 and continued to celebrate it during the last week of March through April 1 became the butt of jokes and hoaxes. Knowing how people today react to daylight savings time, I can totally relate.

There’s also speculation that April Fools’ Day was tied to the vernal equinox, or first day of spring in the Northern Hemisphere, when Mother Nature fooled people with changing, unpredictable weather. Again, living in the mid-west, I can relate.

The Library of Congress offers the following definition: April Fools’ Day is celebrated by sending people on fruitless errands, giving inedible treats, and other pranks.

An archived article from The San Francisco Call dated April 01, 1900 referred to a possible event in 1599 between the Romans and the Sabines. Many refer to this event as the origin of this day of tricks.

How many variations of this story could I find? I fear it is a rabbit hole and I could search for days to find even more versions and suppositions, with no finality. 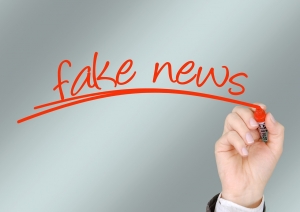 In more modern times, people have gone to great lengths to create elaborate April Fools’ Day hoaxes. Newspapers, radio and TV stations and Web sites have participated in the April 1 tradition of reporting outrageous fictional claims that have fooled their audiences.

In 1957, the BBC reported that Swiss farmers were experiencing a record spaghetti crop and showed footage of people harvesting noodles from trees; numerous viewers were fooled.

In 1996, Taco Bell, the fast-food restaurant chain, duped people when it announced it had agreed to purchase Philadelphia’s Liberty Bell and intended to rename it the Taco Liberty Bell.

However you choose to celebrate it or not, Happy April Fools’ Day!