Semantic Technology and the Internet of Things

Semantic Technology and the Internet of Things

It has been said that the vision of the Internet of Things (IoT) could not be realized without semantic technologies. If it is not clear what the meaning or content of a “thing” is in the IoT, neither the communication nor the interaction between objects, which are supposed to come together in the Internet will work.

For such a communication structure objects must be unambiguously defined in terms of their relevant characteristics. To be able to enrich data from different data sources we need interfaces as well as common ontologies, which allow for linking different data sets with each other. To achieve this is the exact task of semantic technologies.

The IoT thrives on working with live data from many different data sources. For example, the Linked Enterprise Data Services (LEDS) project, supported by the German Federal Ministry of Research and Technology (BMBF) project incorporates the semantic integration of streaming data directly in its basic integration architecture by facilitating a widely used streaming data platform for the communication between its LEDS components.

Such a streaming data platform acts as a central medium which can channel a vast amount of data from different sources, and provide it to various applications which then process the data for their specific purposes. To prevent the platform from getting overloaded, the data carries some sort of an expiration date. 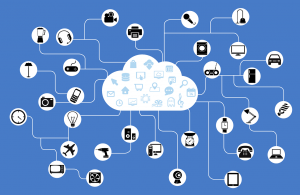 On the one side, we have data producers such as sensors (e.g. electricity meters), or news sources (e.g. Twitter, weather services) which continuously upload data onto the platform. And on the other side we have various services which download data to combine, process and analyze it. The main challenge to this configuration is the interface which allows the applications to communicate with the streaming data platform in an unambiguous and correct way.

There is an ever growing interest and wide adoption of IoT. Web technologies are unleashing a true potential of designing a broad range of high-quality consumer applications. Smart cities, smart buildings, and e-health are among various application domains which are currently benefiting and will continue to benefit from these technologies in a foreseeable future.

Similarly, semantic technologies have proven their effectiveness in various domains and a few among multiple challenges which semantic web technologies are addressing.

IoT is considered as a potential technology for solving a wide range of social problems and providing services in a variety of fields by allowing various devices to access and interact with each other through the Internet.

Sponsored by Access Innovations, the world leader in taxonomies, metadata, and semantic enrichment to make your content findable.